So this is the story of Perfect Day. During the summer of 2014, after nearly a year of being a self-employed private singing teacher, I had been watching my students grow and flourish, when one day, I had an idea.

I had just turned into a limited company and was pleased with the unexpected progress of business. It had only been a year and I was fully booked with other teachers working for me. After studying Commercial Music at uni in Bath, followed by trying to "make it" as an events organiser in the "real world" in 2013, I finally decided to go my own way and teach.

If I'm honest, I didn't think it would be for me. I thought, I'm too selfish and impatient... and more importantly, I want the musical side of my life to be about my own personal progress. But I was surprised at how rewarding and inspiring it was, and now I completely love it. I don't think I'd have my life any other way right now... I am privileged to work with such amazing people from all walks of life, varied skill levels and ages and who all believe in me as much as I believe in them. I am lucky enough to have a really varied life in music, meeting different people, doing different projects, and having the freedom to do these things. I'm gigging, songwriting, arranging, working with bands... also in the last year I brought my students together to form a choir which is just the best thing - hearing them all together sounding so beautiful!

So that's a little bit of background... so back to my idea. I thought, what better way to showcase my students' hard work over the months than to bring them together for a recording and music video. And it just had to be Perfect Day, by Lou Reed. But of course, the 1997 Various Artists version. I really wanted to highlight the fact that you can start singing at any age or level. Most of the students featured in this video have never sung to anyone before or even knew they had a voice. I arranged my piano take of the song, adding vocal harmonies in the choruses. My trusty producer Dan and I contacted his drummer friend Martyn who added bass & drums.

I then started assigning parts and recording each line as part of the lessons, in my home where I teach. Dan then took the role of videographer and director and filmed everyone in a location of their choice - somewhere in Bristol that meant something to them or just their favourite landmark. I then put my choir of students together for the gospel choir section in the song at the end, which is a really fabulous climax towards the end...We have spent the last 5 months putting it together slowly... it's been a massive project! We then got our other producer friend Alf in on the project. He added strings and guitars to the song and mixed and mastered it.

Now we have the finished piece!

Now I want to take you through each student and location. 44 people took part in this video.

In true Lou Reed form, I open and close the song myself, the first scene being shot at the renowned St George's Hall which I managed to hire for the choir at the end, too.
1: Adam Vincent-Garland - Aardman Animations Rooftop
And then later, when it gets dark

Adam has a gravelly vocal and has just started fronting his own rock band, "Dead Dogs" which also features his own songwriting as well. His line was filmed on the rooftop of Aardman Animations, where he works.

Charlotte is part of Riff Raff choir and started lessons to strengthen her vocal as a soloist. She has now joined my a cappella group, Chicapella, as our soprano singer! She wanted to film in the place she commutes (the popular Bristol-Bath cycle track) in keeping with her line.

3: Jonny Thewlis - Blaise Castle – Lawrence Weston
Just a perfect day
Jonny is an engineer and keen runner who takes part in races; one of the places he runs is around Blaise Castle.

Vic is currently studying Zoology so I thought this line was very fitting for her, and of course it had to be filmed at Bristol Zoo! She's a talented singer-songwriter and guitarist in her own right.

5: Stefan Brochocki - Cinema at Aardman Animations
Then later a movie, too
And then home

Stefan is my longest standing student and is passionate about films, so Adam managed to arrange the use of the private cinema in his workplace, Aardman Animations! Producers Dan and Alf are actually sitting either side of Stefan, with Adam and I in the background!

Naomi is a keen partaker in vocal competitions, which is how I met her, as I was a judge at Open Mic UK and she won some lessons with me. Beautiful, well developed voice at only 13. We filmed her on a perfect, beautiful summer's day at Snuff Mills.

7: Daisy Kilbey - Bristol Grammar School
I'm glad I spent it with you

Daisy has a very mature voice for her age (12!) and plays piano too, with a great ear and grasp for music in general. We filmed at her school where she has performed a lot of her first concerts.

8: Jethro Roome - His rooftop in Broadmead
Oh, such a perfect day
Jethro, from the Philippines, is a very keen learner and fantastic guitarist. He has great soul to his voice and started lessons in order to improve his vocals for his church worship group. He wanted to film on the rooftop of his flat standing on the treacherous edge, overlooking the Bear Pit!

9: Martino Al - Train track by the Docks
You just keep me hanging on

Martino has been in successful bands and has made a great career in music over the years and continues to write and produce music.

10: Hannah Jones - The Matthew, by the M Shed
You just keep me hanging on

Hannah started lessons because she wanted to learn "At Last" by Etta James to sing to her new husband at their wedding as a surprise. She did a fantastic job and her voice has a gorgeous, natural vibrato.

Susannah has a fantastic voice at the age of 16 and regularly puts her own spin on chart tracks. She likes to update her online presence as a recording artist to showcase to her friends and family. She believed St George's Hall was a good representation of the growing music scene in Bristol.

Laura is an avid gamer and loves art. She wanted to film in the Mina Road Tunnel because of the prominent graffiti.

13: Katherine Sewell - Buddhist Centre, Gloucester Road
Weekenders on our own

Katherine is a Buddhist and chose to sing her line in the Buddhist Centre and brought her golden retriever, Dylan to join in!

14: Dom Sugrue - Warhammer Figurines at his home – Bishopston
It's such fun

Dom has great energy and always makes everyone smile around his! He is into Warhammer and chose to film his line around the models at his home.

Bronwyn has a gorgeous, pure tone to her voice at the age of 14, and she wanted a peaceful, pensive setting for her line, therefore chose the swing in her garden at home.

16: Ella Mitchell - With her guitar by the water in Millennium Square
You made me forget myself

Ella has been developing her songwriting over the last few months, as well as singing and playing guitar. The waterfall background from Millennium Square was a great setting for her line.

17: Tom Trevithick - Create Centre, Iron Bridge, Harbourside
I thought I was someone else

Tom is a dedicated songwriter and producer. The Iron Bridge at the Create Centre looked just fantastic and he delivers the line perfectly.

After over a year of lessons, Pete sang many different styles and finally found his passion for blues which worked perfectly for his deep, bluesy voice.

Alke, from Germany, has been having lessons for over a year and has developed into a confident performer. She's currently studying for her first Rock School singing grade.

20: Katie Thomas - Clifton Suspension Bridge
I'm glad I spent it with you

Katie is full of giggles and smiles (you even spot a little giggle at the end of her line) and always a joy to teach - she managed to bagsy the most popular landmark!

Dom has worked hard over the last year or so and has developed a lovely tone to his voice. He is often practices his singing in his car and felt it was only right to film his line while driving! No one was harmed in the making of the scene...

Tim is a teacher and chose to sing his line at the bottom of Park Street in front of the Banksy artwork of a man hanging from a window, which was totally fitting for the line!

23: Helen Wilson - Vet At Work (Highcroft Veterinary Group, with Floss the dog)
You just keep me hanging on

Helen has been having lessons for over a year and has developed remarkably well. She is a specialist vet in emergency critical care and works very long hours each week. She felt that singing her line at her workplace represented her dedication to keeping the animals hanging on!

Ella is sure to melt hearts with her line in the song. It was the obvious choice to film her line in her allotment! She practices hard at both singing and piano and is going from strength to strength.

The choir is made up mainly of students, some who are featured in the video with their separate lines, some who are former students. Most of them starting out as nervous beginners, 30 of them bravely came together having never sung together before and totally nailed it!

25: Jack Coles - In front of The Bristol Hippodrome
You're going to reap

Jack is passionate about musical theatre and acting, hence his choice of location. He has made fantastic progress in his lessons.

26: Laurie Fleming - Over lane joining A38, overlooking Severn Bridge
Just what you sow

Laurie is another heart melter with this line. One of my very first students when I started teaching and still having lessons to this day, preparing for her first Rock School grade. She chose this location to feature both bridges over the Severn Estuary to Wales, to signify joining her families from UK to Wales. Unfortunately it was a foggy day, so the bridges couldn't be seen, but we couldn't resist capturing this adorable close up - it worked perfectly and was unique within the video.

Becky is one of my advanced singers and is a natural-born soulful, country singer. She wanted to film at Bristol Temple Meads to represent her homecoming to Liverpool.

28: Scott Burnam-Richards - In front of the Victoria Rooms
Oh, you're going to reap just what you sow

Scott has a fabulously powerful voice and this location was picked due to the lighting being very appropriate for a night shot.

29: Sonia Essid - The Berkeley Square Hotel Cocktail Bar
You're going to reap just what you, what you sow, yeah yeah

Sonia is a powerhouse! One day, a massive voice full of soul and gospel tones suddenly boomed out of her during a lesson - very impressive for a 13 year old! Now 14 and her voice getting bigger, we wanted to give her a classy setting so chose the performance stage at this cocktail bar.

My problem has always been having too many ideas; I'm forever impatient to do everything at once. But this by far, is the proudest thing I've done and I want to thank everyone who has been involved. Celebrating our best work brought together, I bring to you: Eliza Fyfe's Singing Students - Perfect Day: 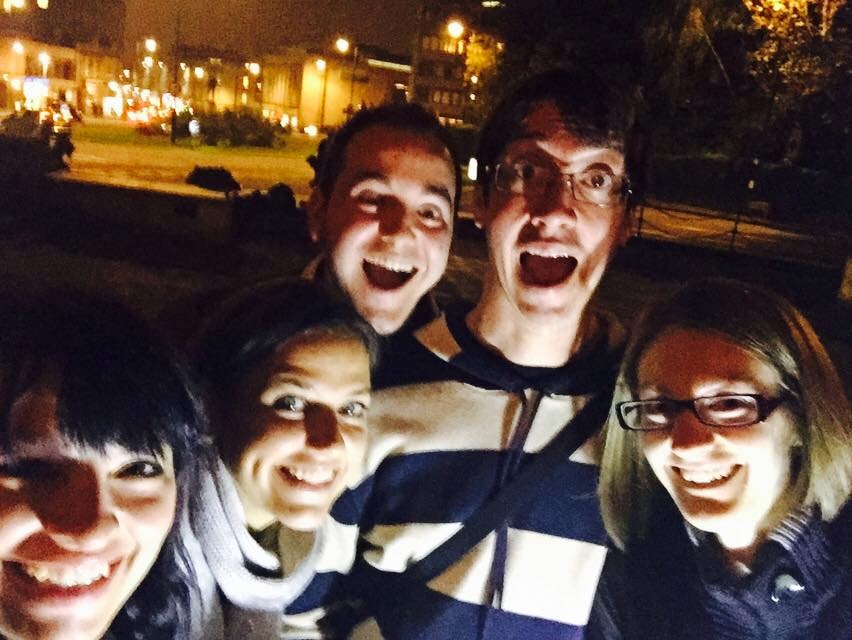 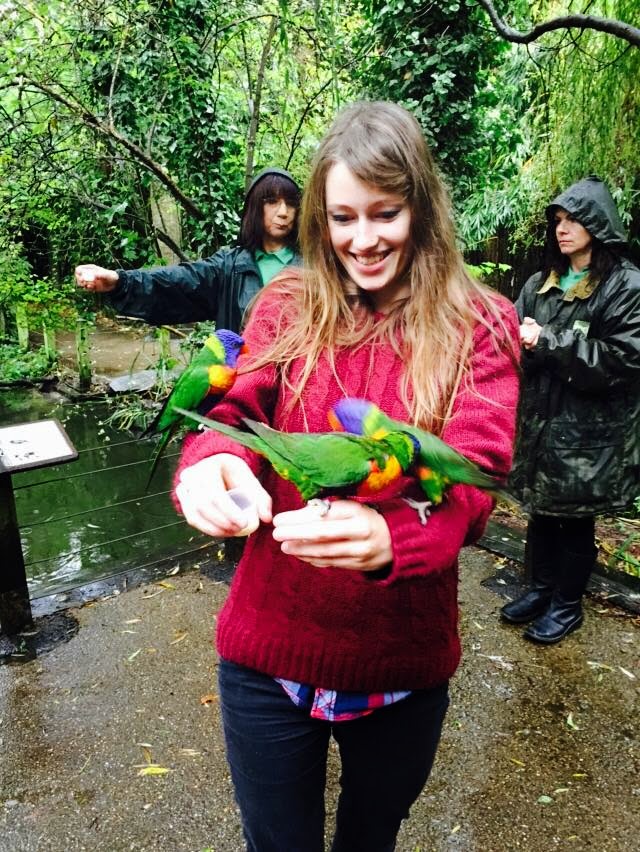 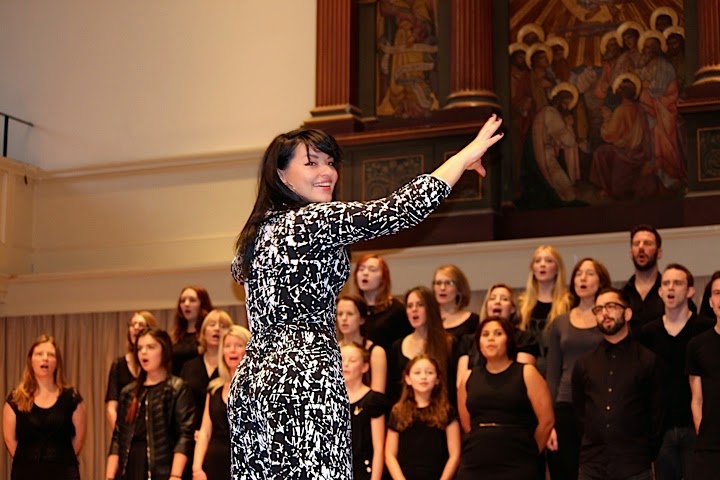 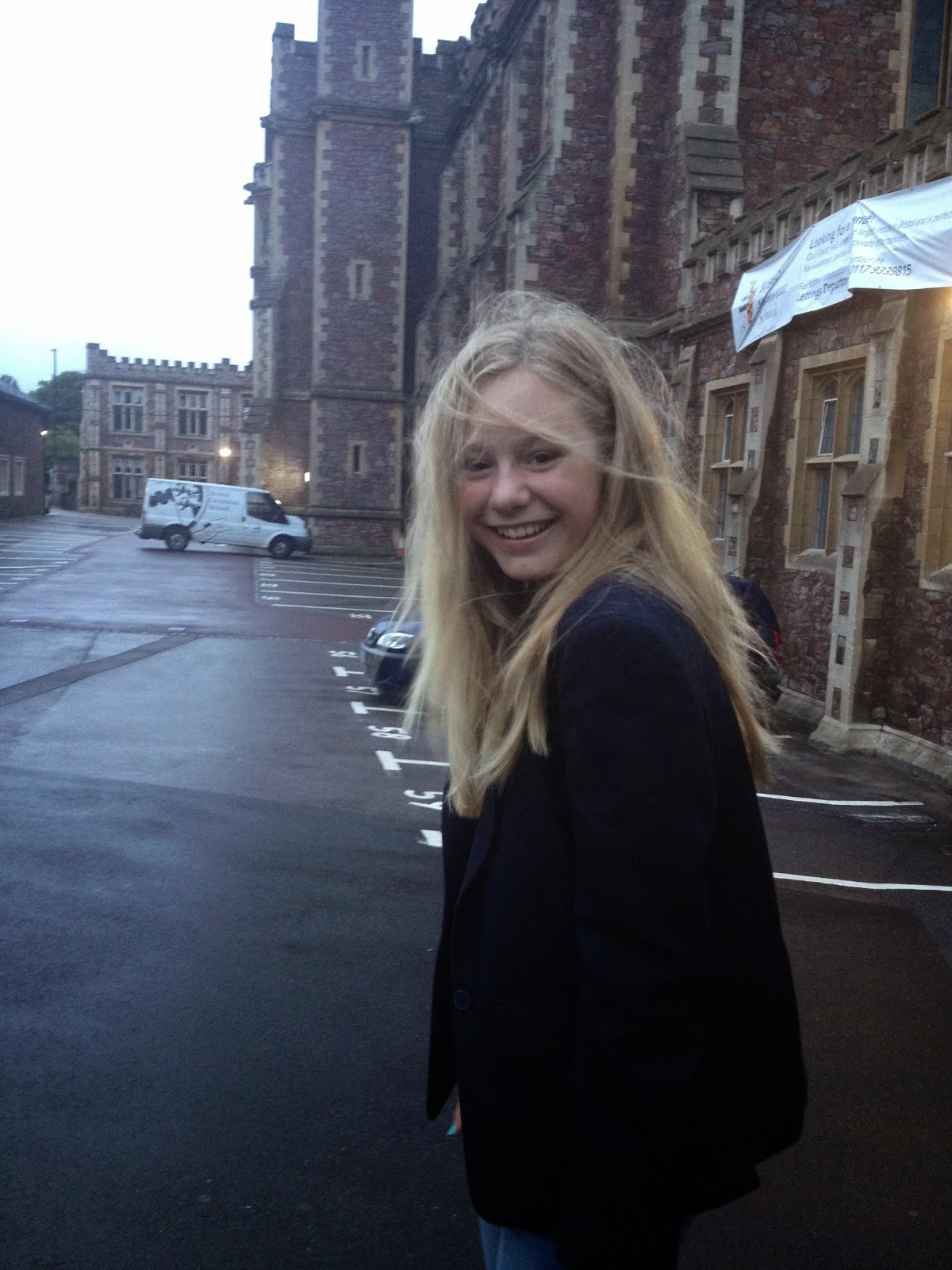 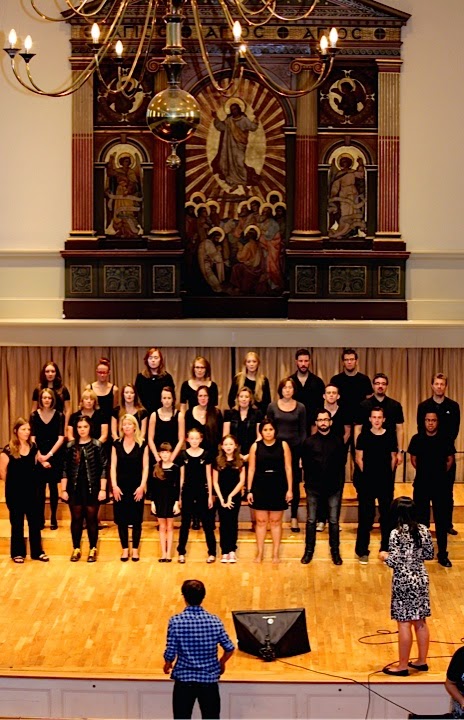 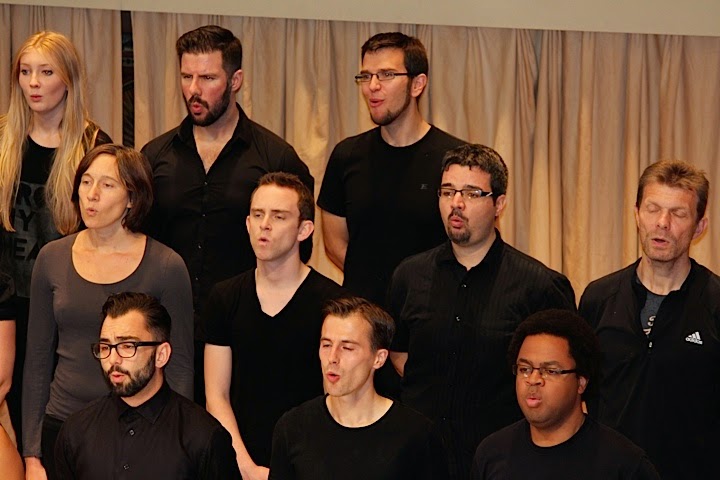 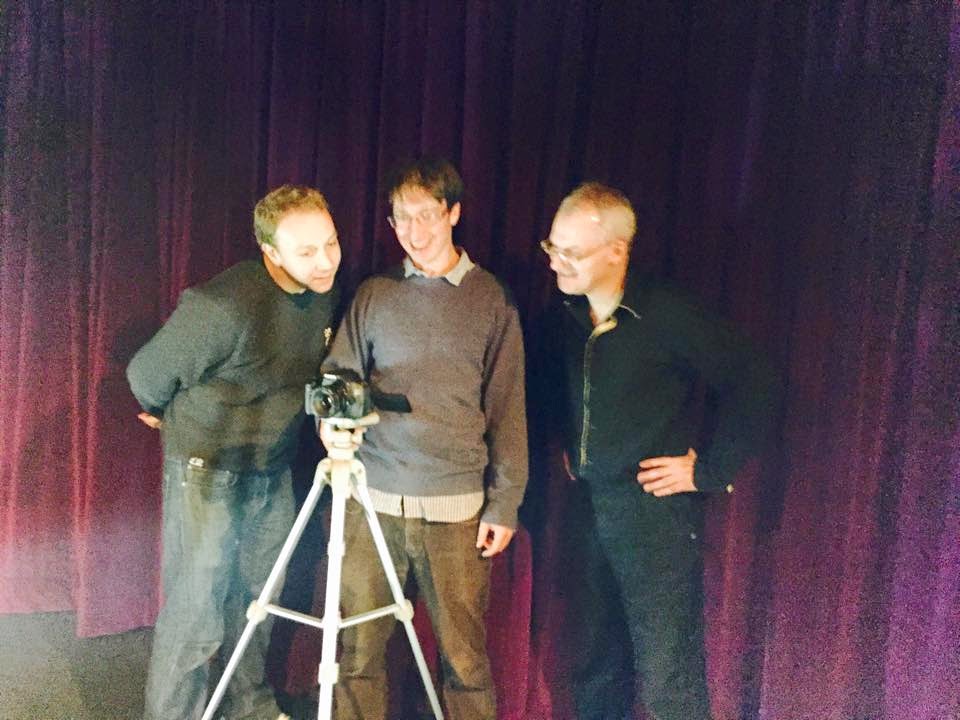 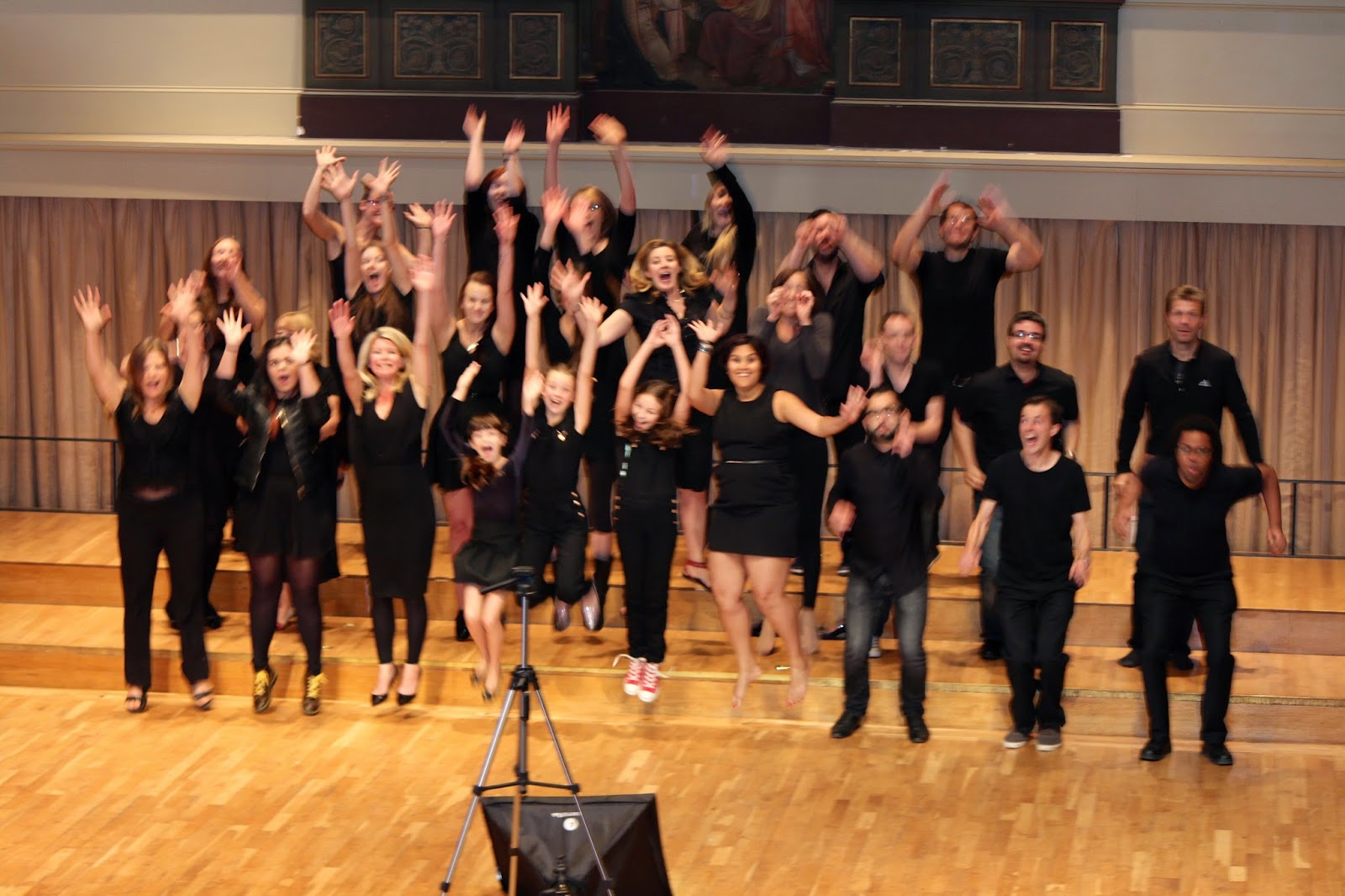 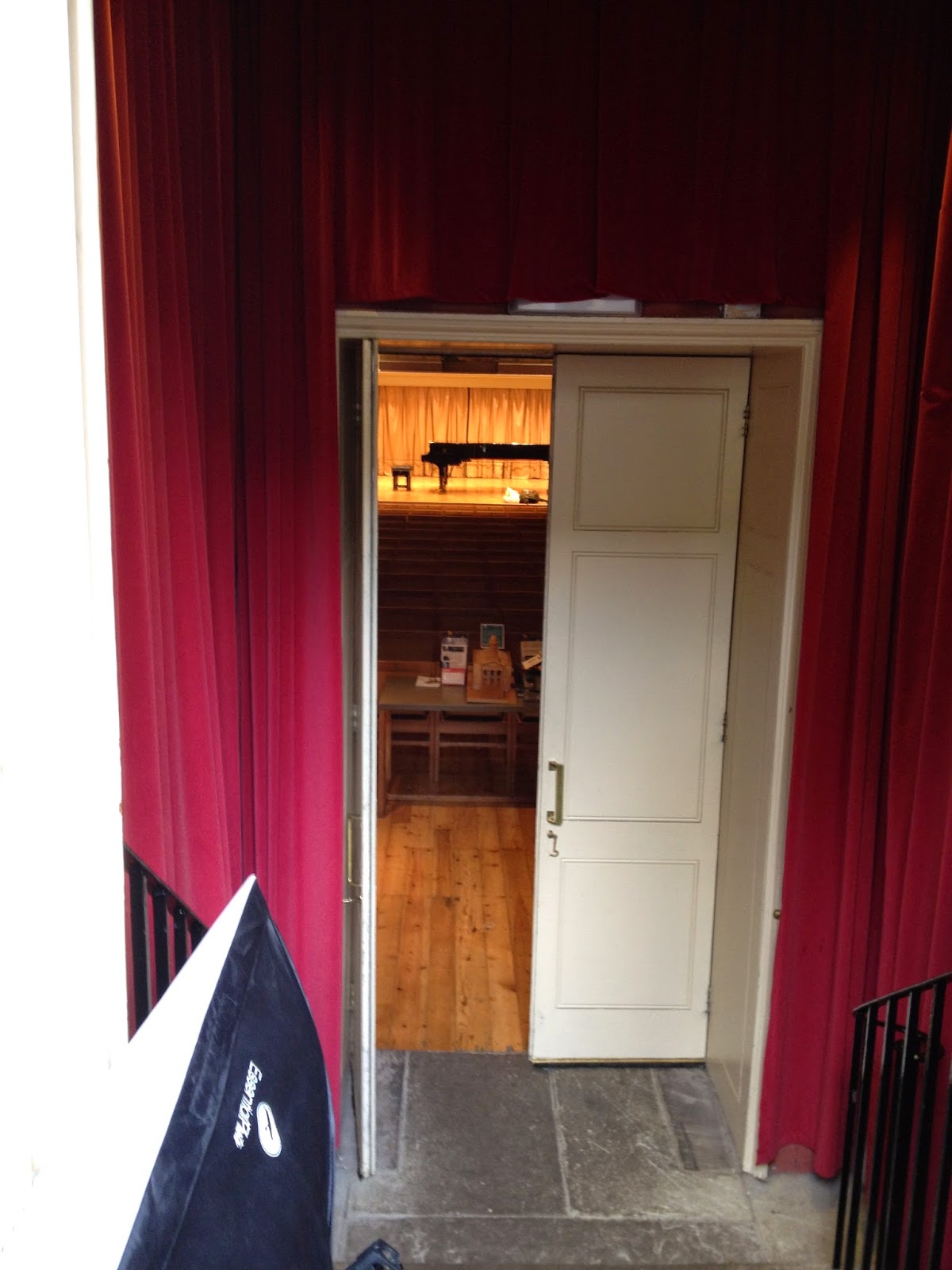 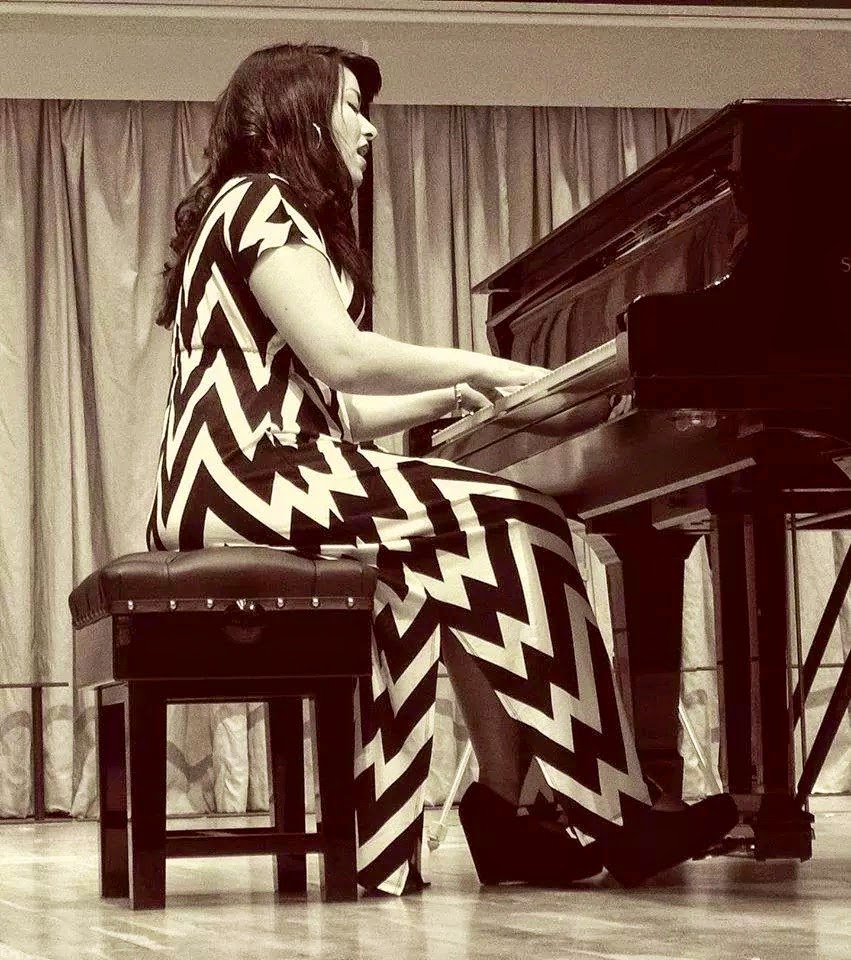 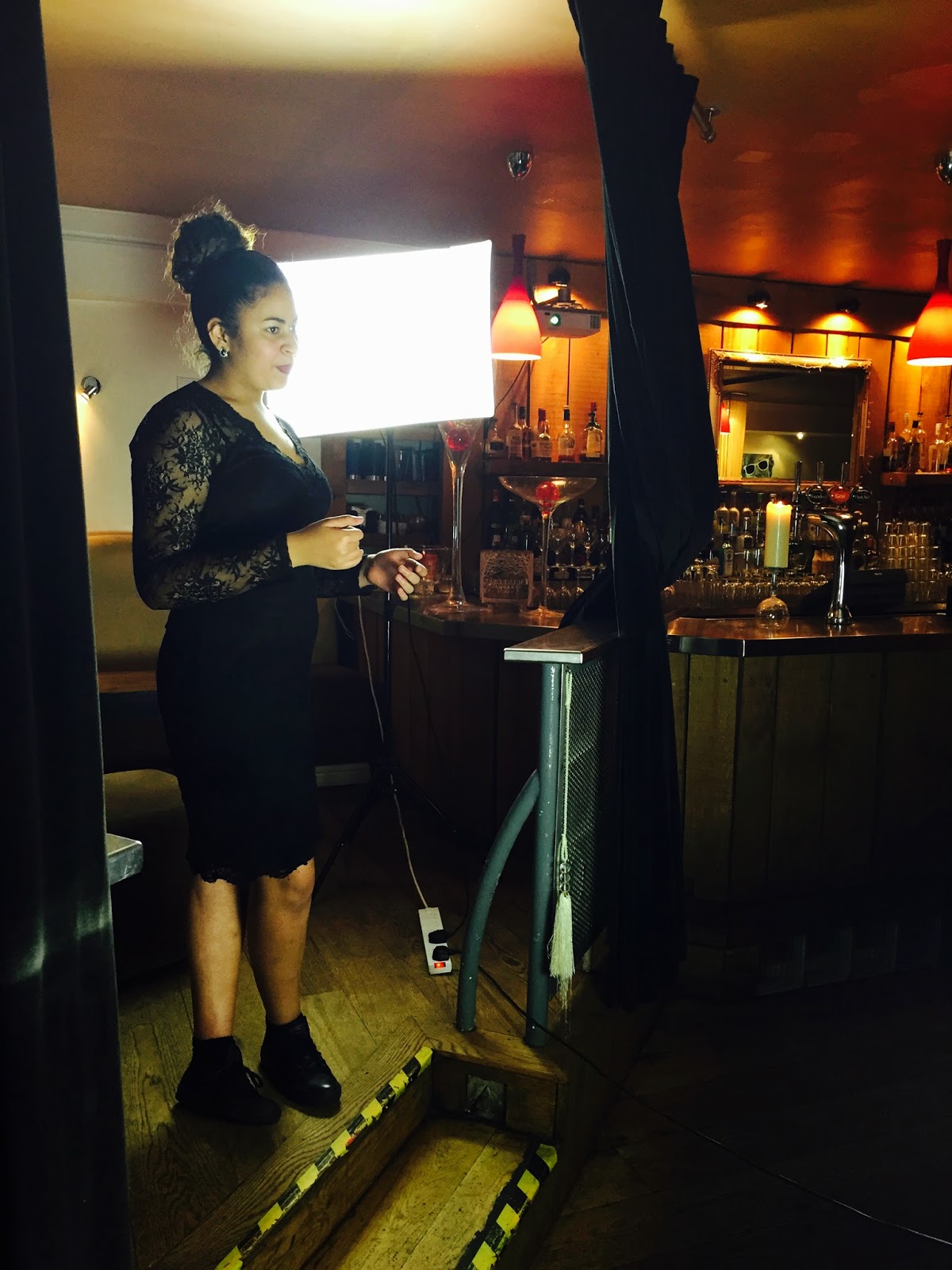 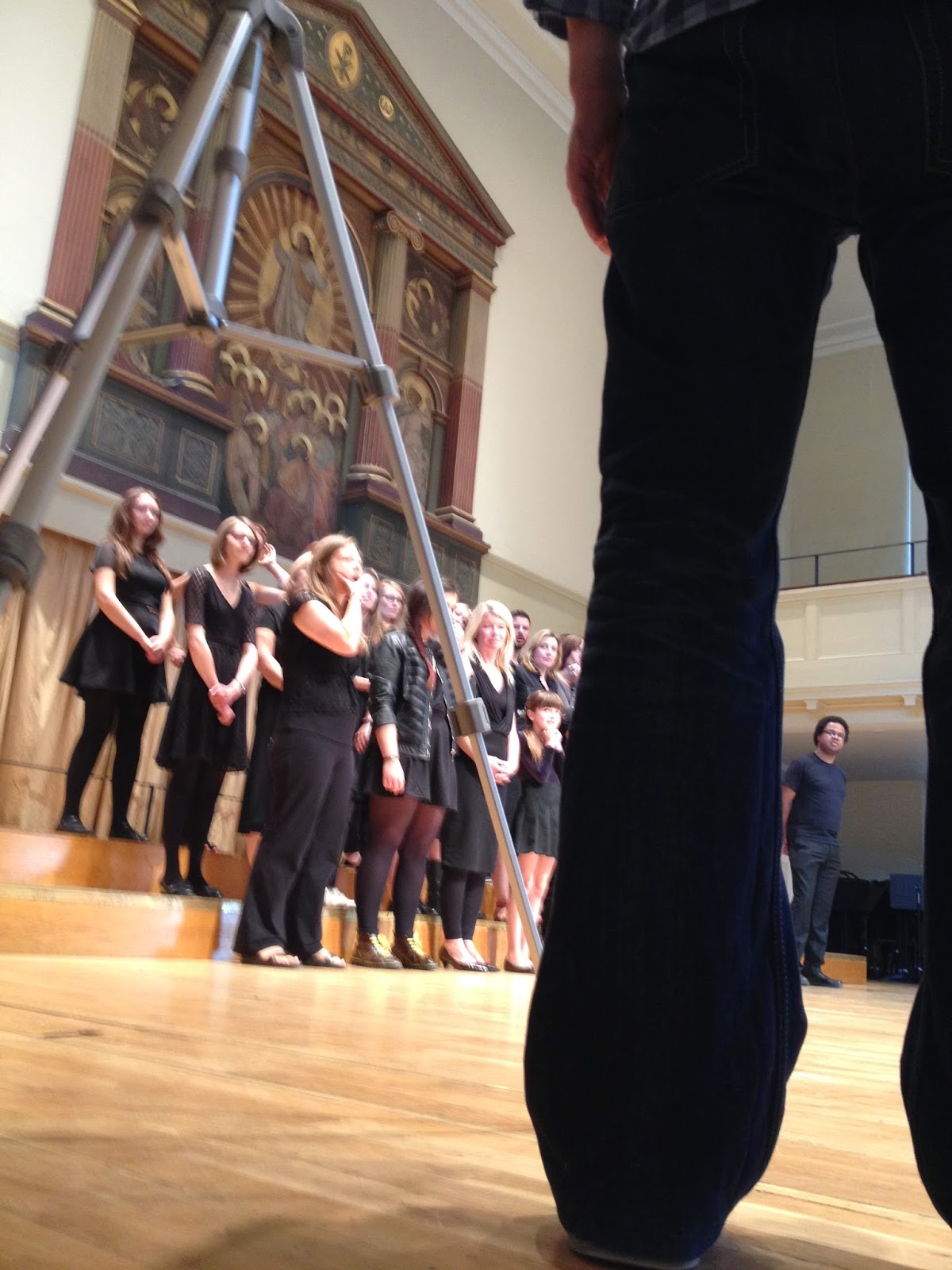 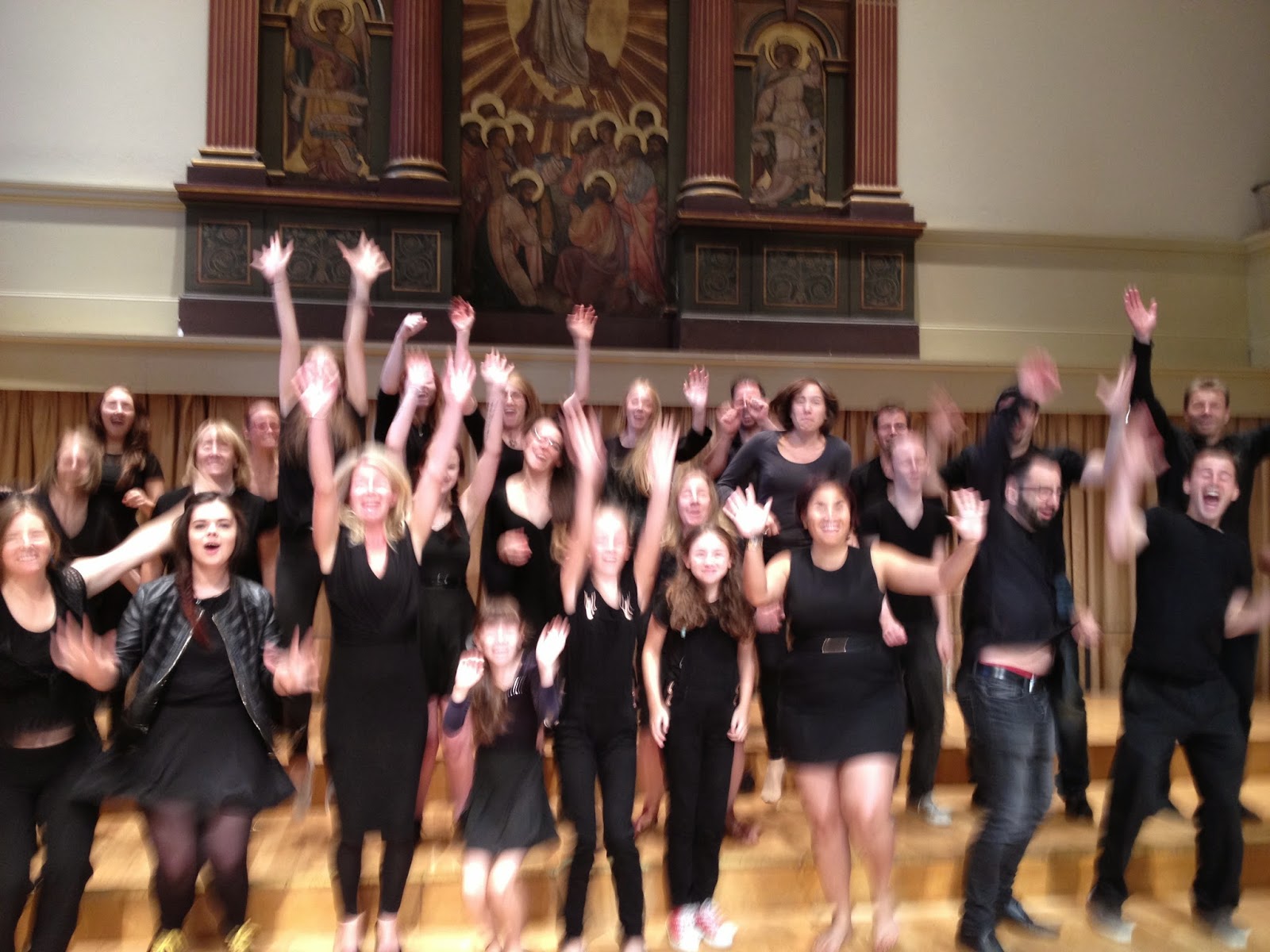 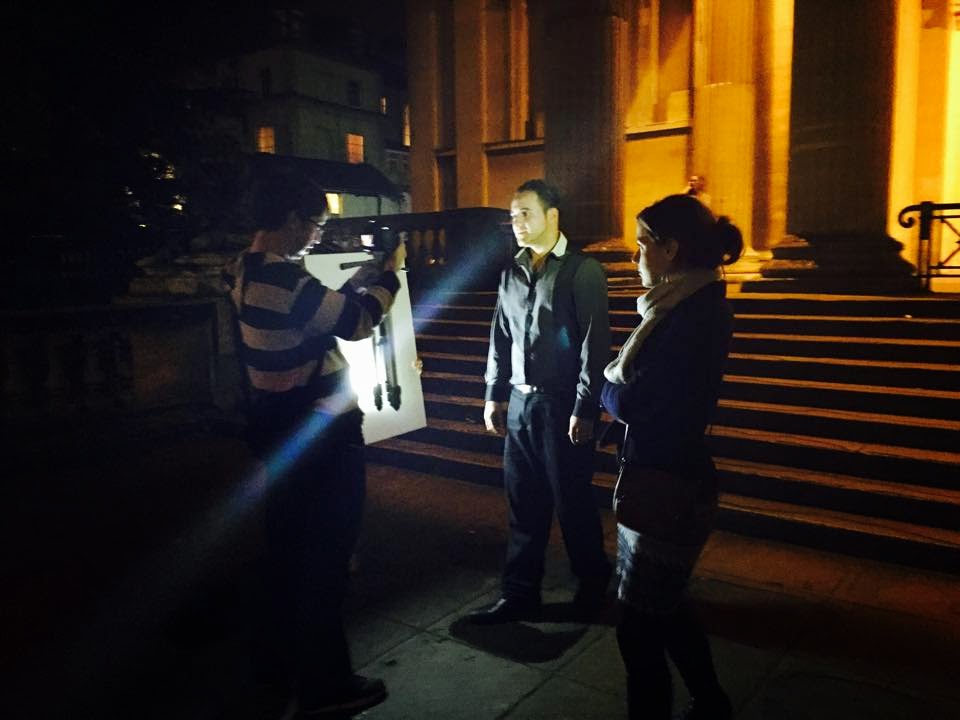 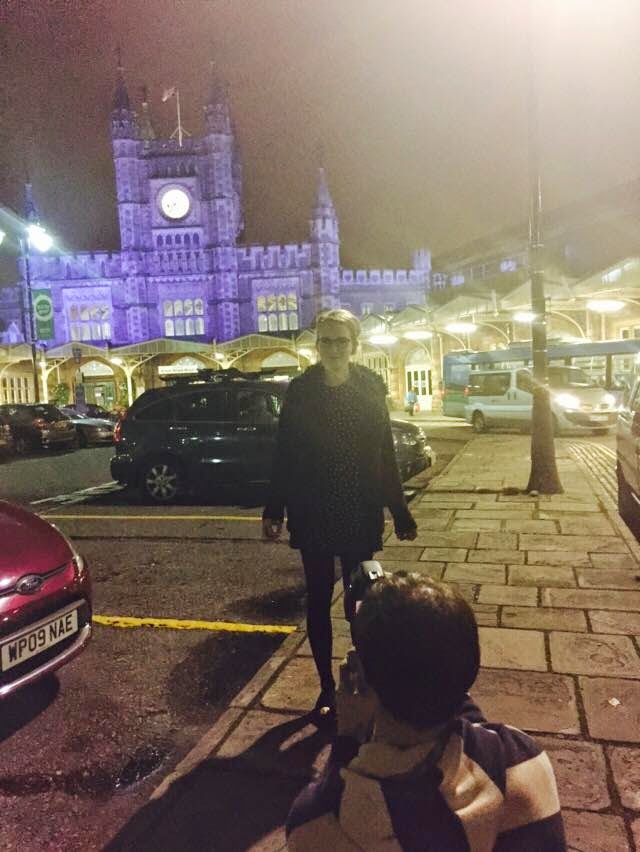 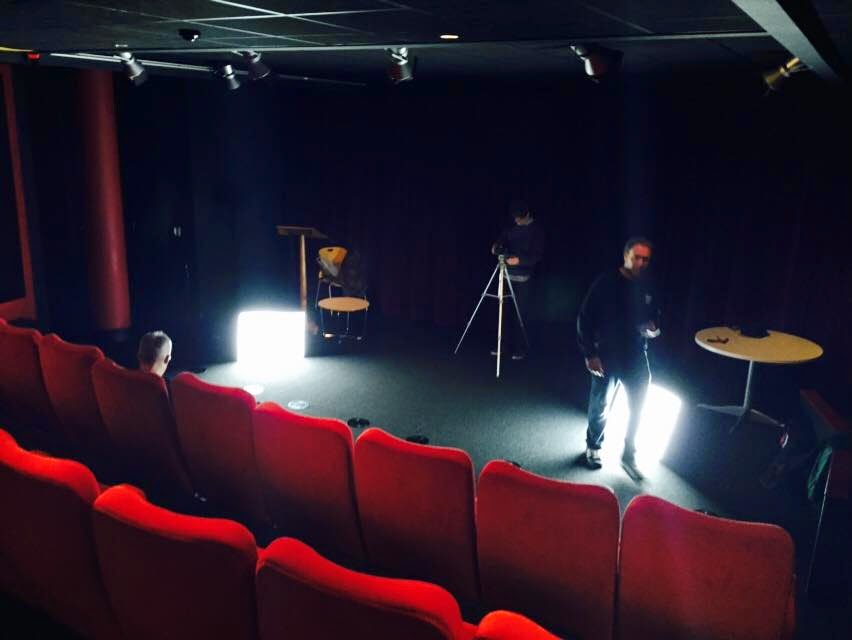 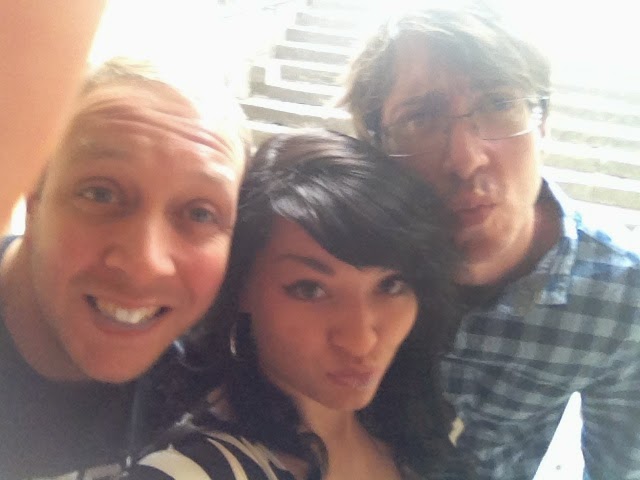 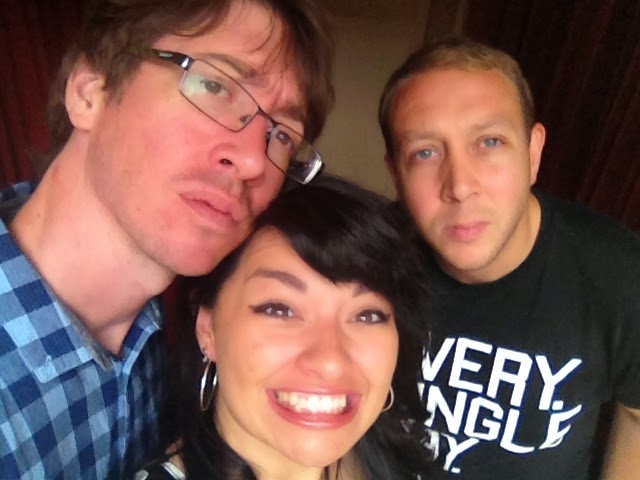 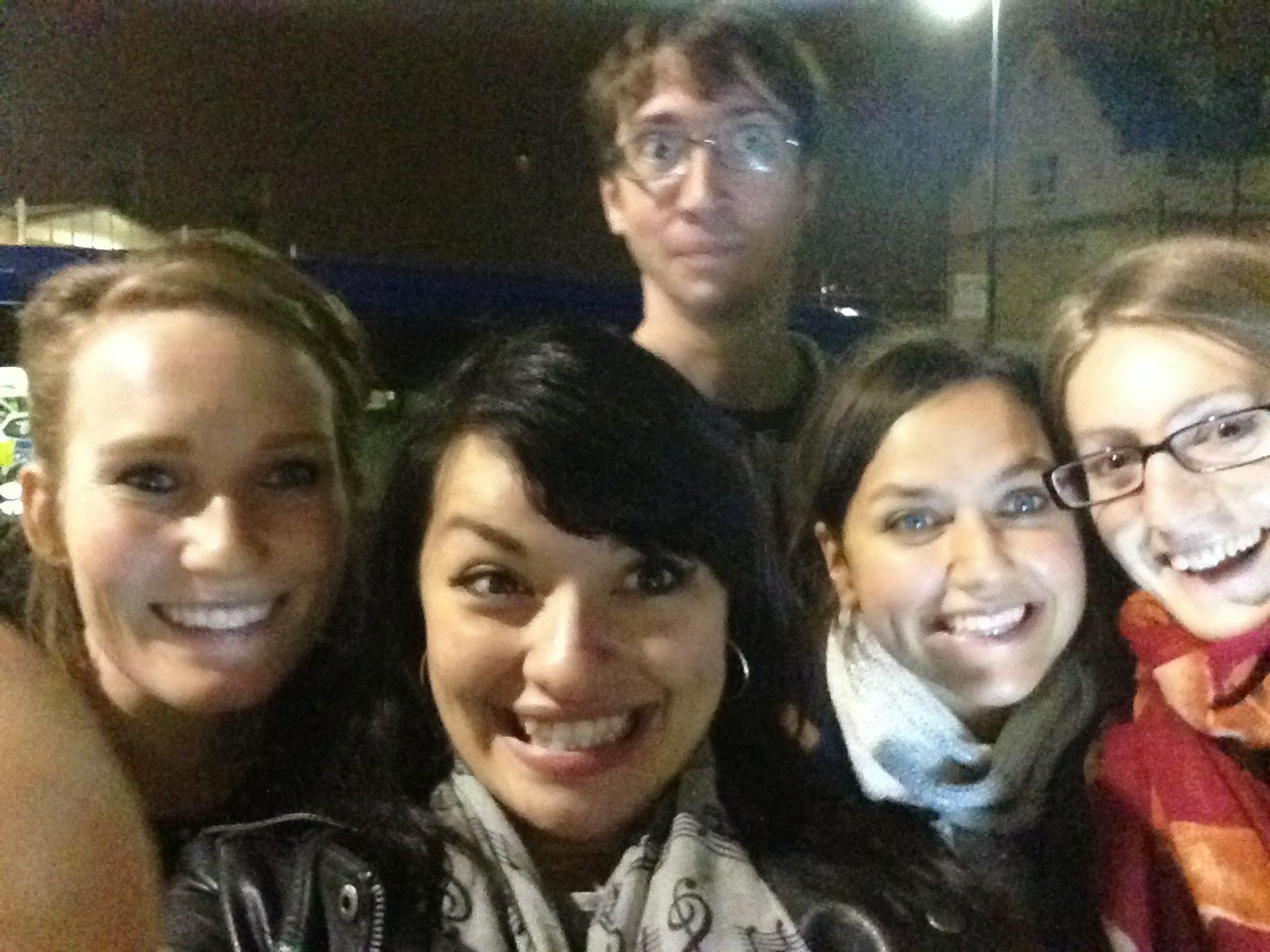 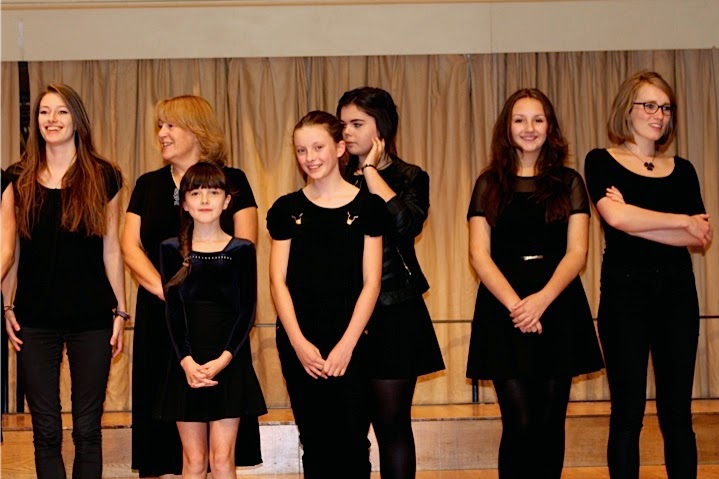 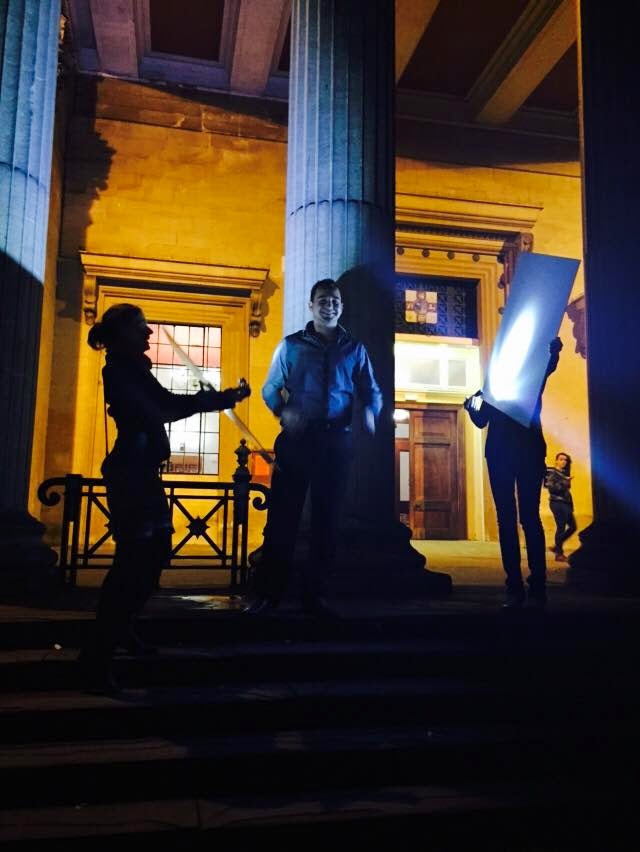 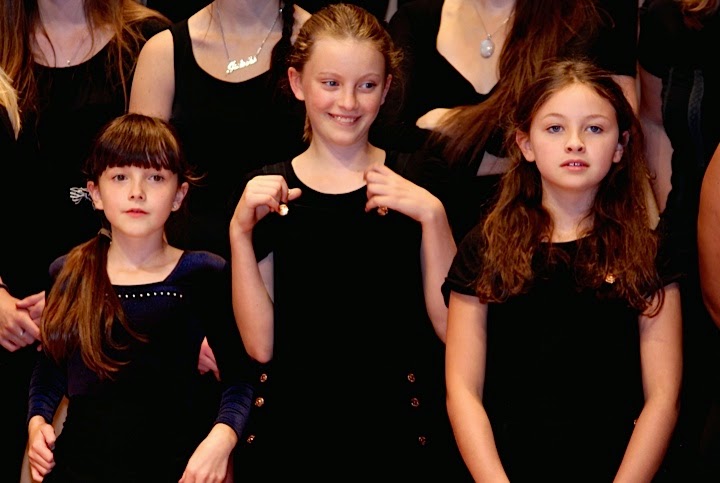